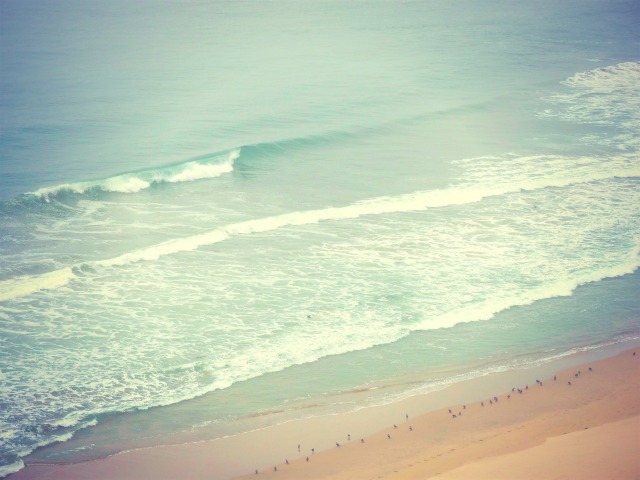 The Sunday Traveler had some friends visiting from Texas last month, and we jumped in the car one Sunday and headed over to Highway 1 from my little nest about 36 miles north of San Francisco; with a very loose plan that led us more or less in the direction of Monterey, we more or less never got any where near Monterey. 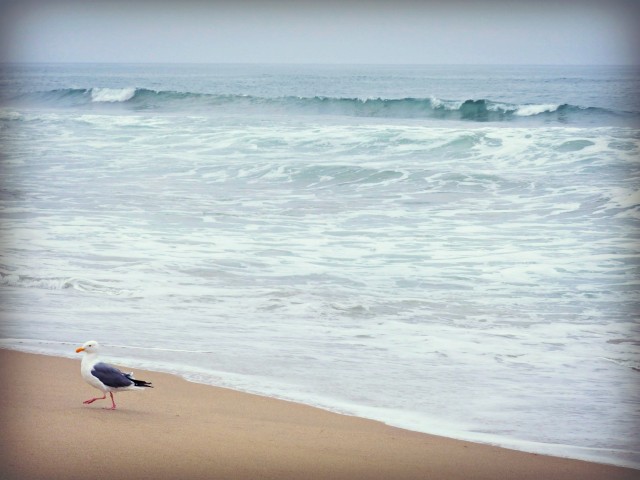 We ambled along Hwy. 1 at a leisurely pace stopping at many of the beaches along the way as we headed southward on down the highway, picnicking at one beach, sitting on a large piece of driftwood watching the waves roll in and the fog start to pull back.

The last beach stop at the end of the afternoon was outside of Santa Cruz, and it was a fitting last stop; Waddell Beach, where sun had broken through nicely and the kite boarders were having a great time, and providing us with a great photo op. The following photos are from my iPhone. 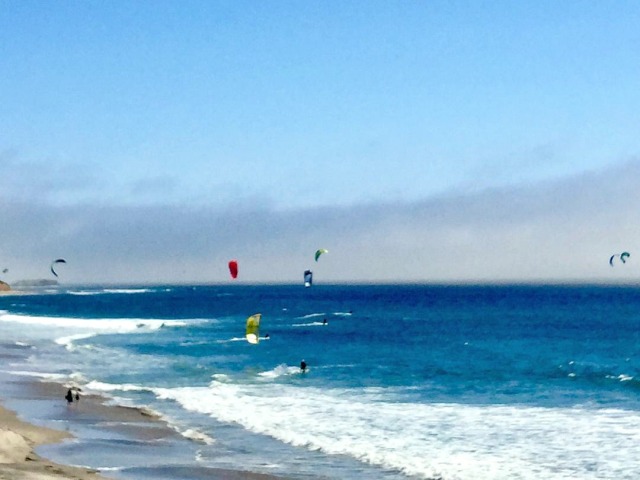 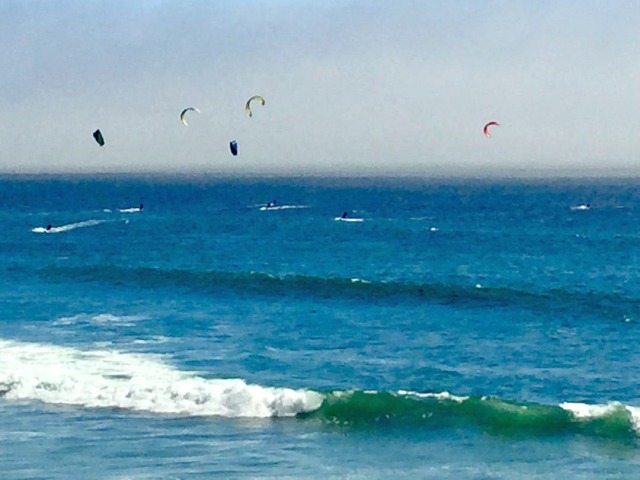 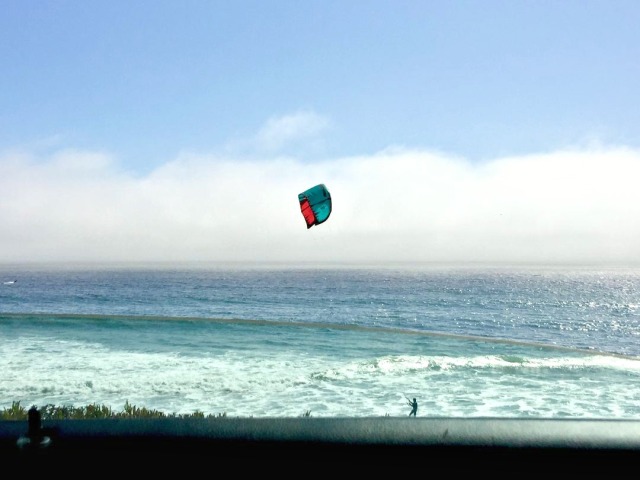 The magnificent Highway 1, northern end close to San Francisco Bay Area. The north-south state route that runs along California’s coastline for some 659 miles.

Next week I hope to post another part of this day that was our stop at Pigeon Point Lighthouse. Until then.