The Sunday Traveler, visiting The Briscoe with what I thought would be not so much for the art, but for returning to an old haunt to see what had been done with it.

Once upon a time, a long, long time ago, The Sunday Traveler was a little girl who grew up in San Antonio, Texas. And once learning the incredible worlds found within books, she began to frequent the public library as often as possible. The steps leading in to the library were seen as the path to happiness. Upon this most current visit last month, the steps were seen as the path to the past. The library became The Briscoe Western Art Museum.

Until I stepped in to The Briscoe last month, I don’t think that I had the same appreciation for Western Art that I did when I walked out. The museum is three floors once occupied with books and a large and wondrous display about the circus.

Three floors full of paintings, sculptures and scenes of the past exist there now 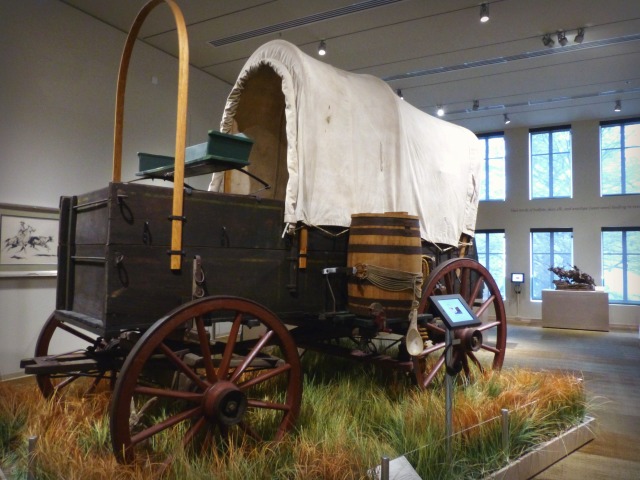 The most surprising find for me was the saddle that belonged to Pancho Villa; my paternal grandfather was a colonel in the army of Pancho Villa, so I stood and stared at this a long time (all the while wishing I could run my fingers over it).

I’ve only posted a few of the wonderful pieces of art here that I photographed; I’ll bring back more on my Wordless Wednesday posts. 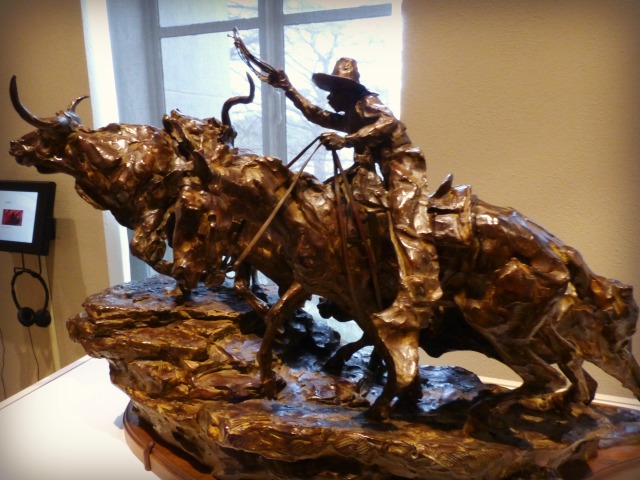 Going back to San Antonio is always a trip back in time for me; next week I’ll take you to another old place that I found purely by serendipity. For now, saddle up and have a good week.