The Sunday Traveler introduced this magical town, Tzintzuntzan, last week, and in Part 2 will continue to do a little bit of a walk around the grounds of the complex that houses two churches, La Soledad and San Francisco, as well as being a part of the Antiguo Convento Franciscano (an old convent/museum). This week will feature a bit of the interior of the church of San Francisco that I didn’t show you last week

Off to the right of what appears to be the main church that was shown in last week’s post, is this even smaller church that is much more humble in the interior. In researching various articles, it seems that this smaller church was for the less noble Purepecha community; there were different levels within the Tarascan civilization of nobility from the king Tariacuri, and down the line. 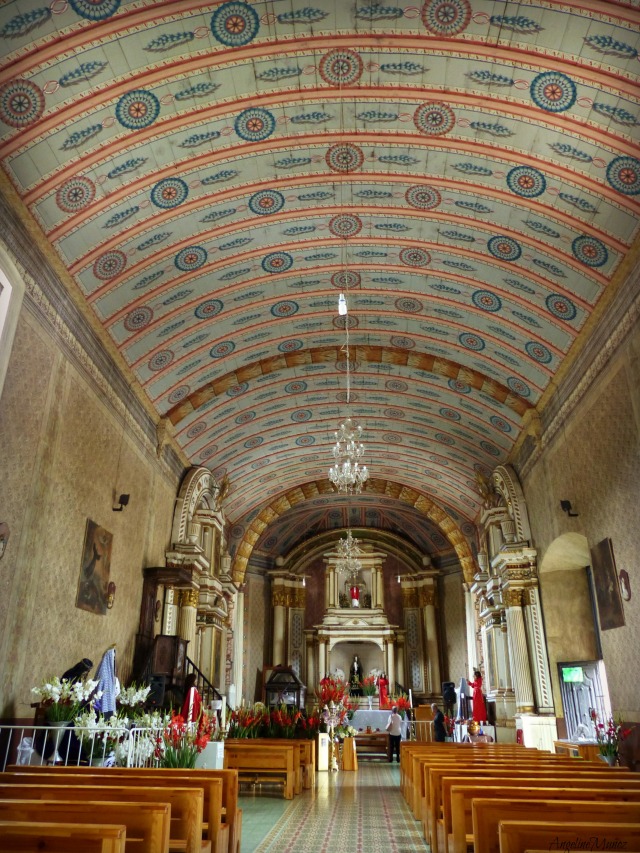 Flowers were the main adornment in this church instead of ornate statues, and interestingly I thought later, no frescoes that seemed to be used in the convent museum I would see next and in an outdoor remnants of a chapel.

Back outside, wandering about the compound 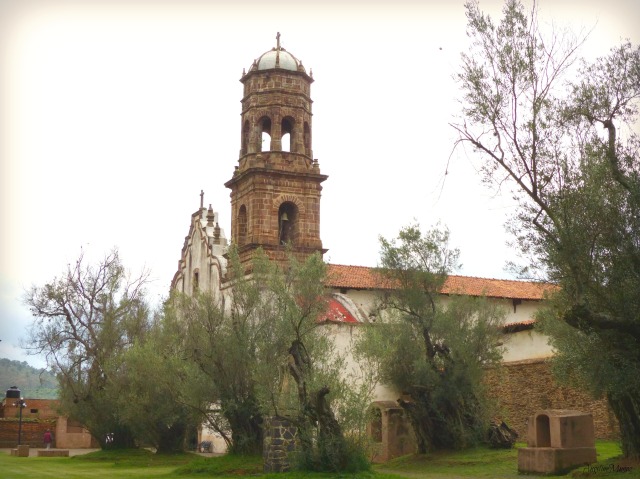 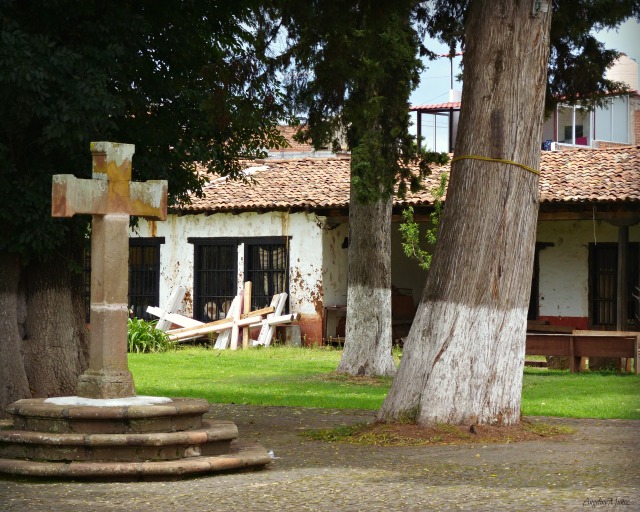 And finding the remnants of that outdoor chapel 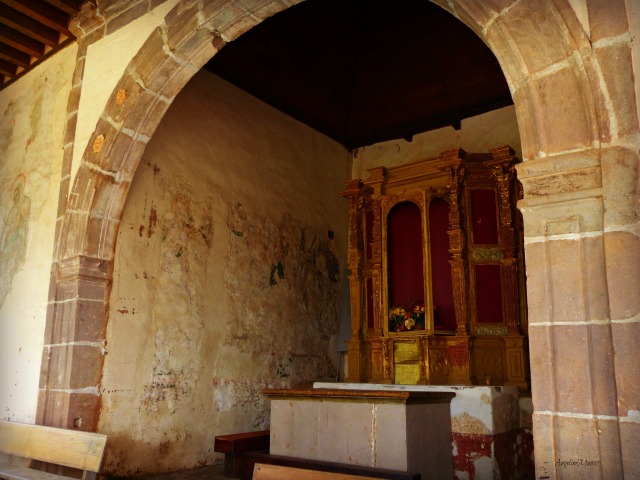 Outside pretty much unprotected from the elements. Work is being done inside the convent museum on bringing forth/back frescoes that had been painted or stuccoed over at some point over the years, and some work appears to be going on here outside, though there were no signs of work tools around.

One look back at one of the churches as we headed over to the convent museum that will be featured next week in part 3.

11 Responses to The Sunday Traveler~Tzintzuntzan, Part 2