The Sunday Traveler ~ The Louvre

I struggled on which photo to use as the opener for this post about the Louvre; there are the outdoor buildings, the pyramid, the statues, the architecture, but this sculpture, The Winged Victory of Samothrace, has won my heart, and is what has left a stamp in my memory of the Sunday Traveler’s visit to the Louvre. In further reading on how this sculpture (the pieces) was found on the island of Samothrace, and its journey to Paris and reassembly to what we see today, only increases my awe and appreciation. The Sunday Traveler made this early morning visit with no aforethought, or list of art to see while there. Call it willy nilly, but I had no plan other than to be there. To experience being there, and I knew I’d end up seeing what I was supposed to see. It works every time.  Ok, so lets back it up and go outside for a minute

The buildings and architecture are enough to keep the eyes busy for hours. The Louvre is the world’s largest museum. Per Wikipedia, there are approximately 38,000 objects of art from prehistory to the 21st century, exhibited over an area of 72,735 square metres; it was established in 1793. The Louvre is housed in the palace originally built as a fortress in the late 12th century. In 1546 is was converted in the main residence of the French Kings. The museum opened in 1793. While perusing Wikipedia on this history I happened to note that the curator is a Marie-Laure de Rochebrune, the director is Jean-Luc Martinez; I had to mention them and think of what an incredible job they have. 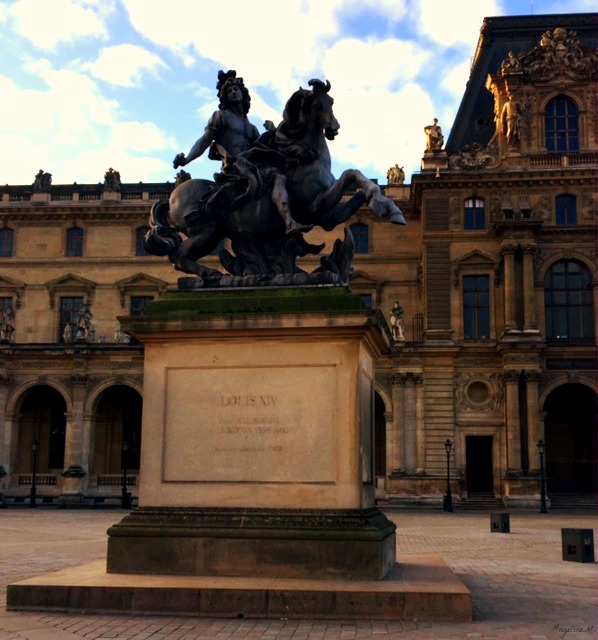 It was a bitter cold morning, and before heading inside, respects were paid to Louis XIV who chose the Palace of Versailles for his home, and left the Louvre primarily as a place to display art.

Several more photos of the morning at the Louvre

Stopping for a coffee in a cafe on the second level, I found the views out the window equally as lovely as those indoors 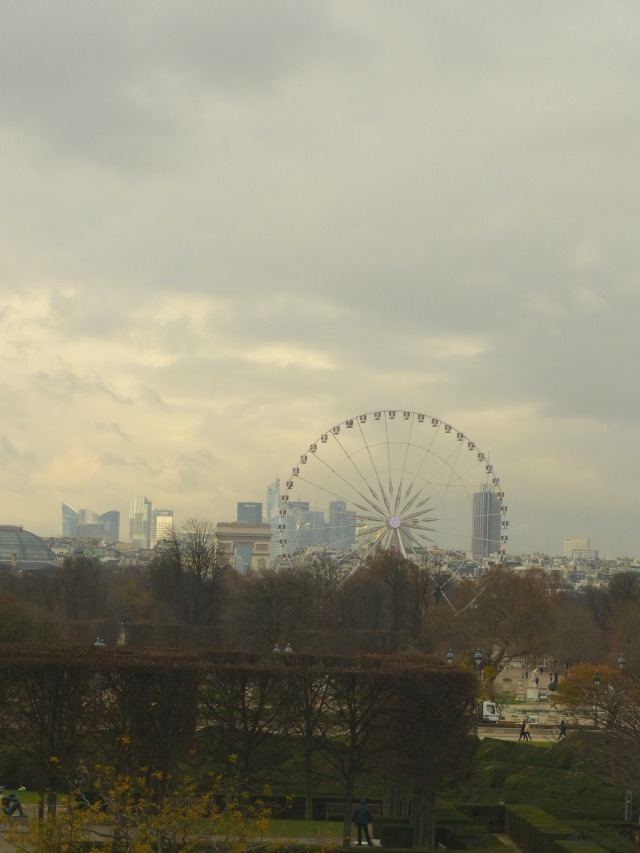 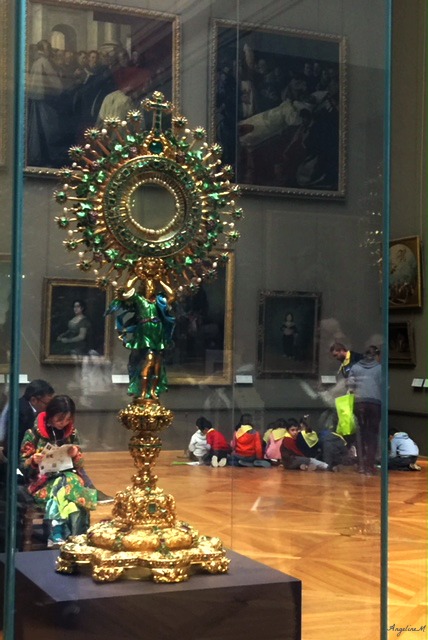 Several groups of school children were noted to be in attendance…can you imagine this as an everyday field trip for your child’s school? I listened in to a couple of the teachers explaining the art to the children with great enthusiasm and asking the kids questions about what they saw, and hearing the child’s take on it. Beautifully fascinating.

Months could probably be spent within the Louvre and still not see everything. I have so many photos that will serve me well to remember this fabulous museum. I may bring in a few more photos as Sunday Snapshots in the future. Let me know what you think.

Wishing all of you a Happy New Year, and happy travels in 2018.

12 Responses to The Sunday Traveler ~ The Louvre