The Sunday Traveler ~ Meditation on Molokai 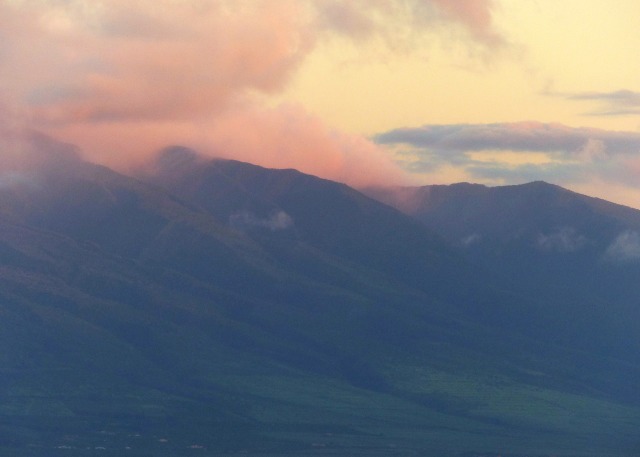 Travel can be filled with energy and fast movement; it can also be peaceful and slow. The Sunday Traveler needed the peaceful and slow this last September, and chose the Hawaiian island of Molokai for that very reason. There was no disappointment. Days were filled with sitting on the lanai and contemplating beauty and life in general, and some days of driving around the island listening to a local Hawaiian radio station’s music on the car radio. How idyllic to drive around with the ocean on one side and lush greenery on the other side of the road; most days of sunshine, and some nights of windy, rainy storms that broke into a sunrise with promises of the day.

It seemed that time went slowly, allowing for thought and meditation on the path forward. I found it interesting that the condos I stayed in had a bench out at the water’s edge; I could see it from my lanai, and noticed that people came to sit here awhile, usually alone, and not once did anyone come to intrude. There seemed to be an unwritten rule that the person sitting here was not to be disturbed. This seemed to be the meditation bench. 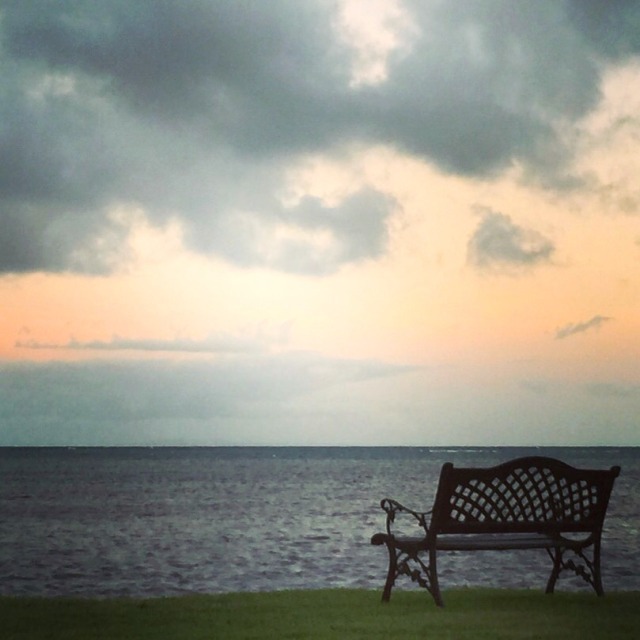 The Sunday Traveler received a wonderful gift while on Molokai; an offer to stay at a friend’s timeshare on Oahu right before Christmas. I must say this was the first time I’ve set up a trip while I was on a trip. The Sunday Traveler posts will take a break here now until after the first of the new year. It’s time to go pack the suitcase.

~We travel, some of us forever, to seek other places, other lives, other souls ~ Anais Nin

14 Responses to The Sunday Traveler ~ Meditation on Molokai