The Sunday Traveler~Views And Thoughts Along The Way 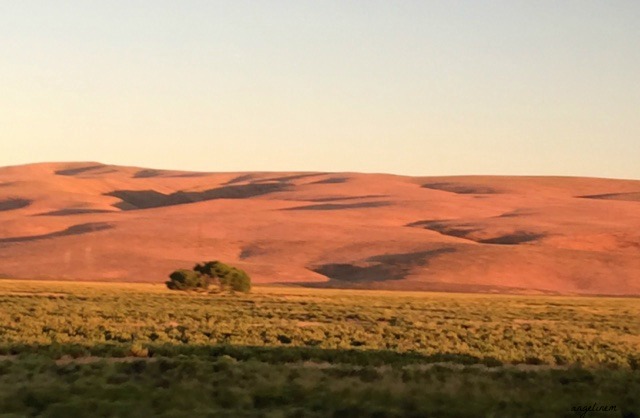 The Sunday Traveler was awake early on the morning of the second day (It’s a 31 hour trip from California to Denver) in spite of having slept fitfully after the 3:00 A.M. stroll along the train platform at the Salt Lake City stop. Anxious to not miss one moment of the beautiful countryside rolling by, I grabbed a coffee and bagel from the Cafe Car and sat in the Lounge to take in the view through the panoramic windows of that train car. We were heading out of Utah and nearing the Colorado border.

We passed by towns that look long abandoned, followed by the first view of the Colorado River

Beautiful, winding along greenery, and low hills that are a prelude of bigger things to come.

The river widens and narrows, and the rails lead us through paths away from the river for short distances, as we head into canyons created eons ago 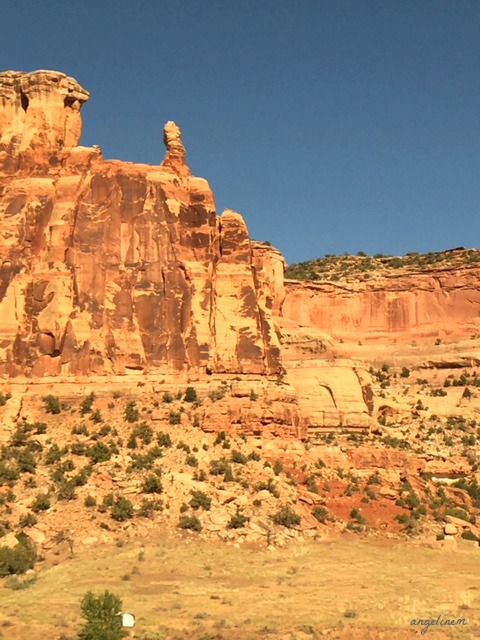 It’s breathtaking vistas that don’t stop. I wanted to nap, but was afraid to close my eyes and miss any of this. And then we got to the town of Glenwood Springs, where rafting begins in earnest down this stretch of the river. The tradition, for whatever reason, is for rafters to “moon” the train as it passes along the river. I had read about this custom, but didn’t know if I should quite believe it. Believe it. I was never ready with the camera to capture said custom. There were rafters galore, it being the 4th of July weekend, and it was hysterical. Everyone on the train was laughing; the conductor gave us a total count at the end of the stretch of river where the rafters are (63 was the number of times he counted the train being mooned). But people on the river also waved at the train…and pretty near everyone on the train waved back. The thought passed my mind that this was a wonderful, happy human connection; we acknowledge each other, one human to another. 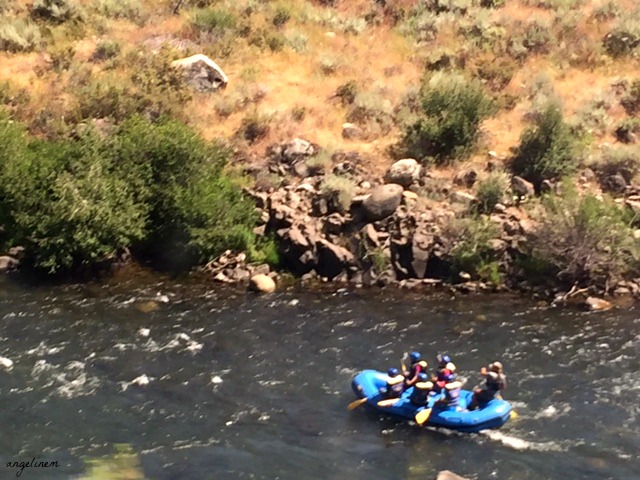 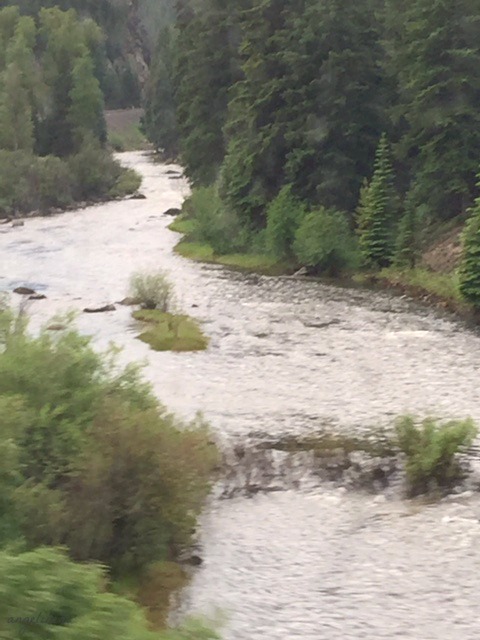 Next week I”ll take you on the final leg of the journey, getting into the Denver area.