…Dry days that have led to a drought in California.  A drought was declared by California’s governor earlier this month, with some counties facing mandatory water restrictions, and others on voluntary conservation.

The Central Valley of Northern California where I live is parched. The two photos above were actually taken in July a couple of years ago, summer…but that is exactly what the hills still look like now at the end of January, when normally we would have had rain, and the hills at this time usually begin to take on a hint of green. 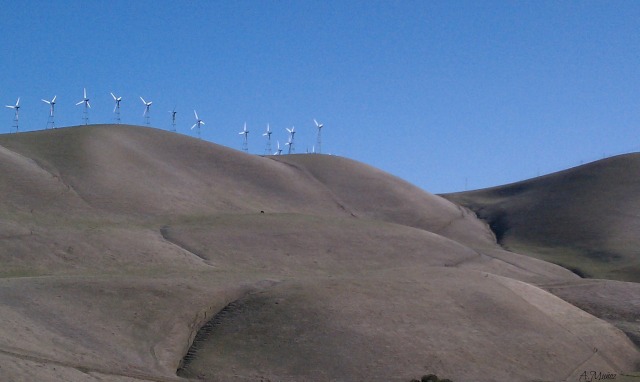 Can you see little hints of green to the right and about a quarter of the way down from the top in the middle of the photo?

A satellite map here, shows the difference in snow pack in the Sierra from last January to this January.  No snow means no water coming down to us.

This third dry year for California, now a drought, impacts so many of our resources. The photos of the hills are a good visual to give you the idea of dryness, but I also wanted to bring attention to the cattle and ranching industry here in Northern California where I live, and this article will give you a better idea of what I’m talking about.

There is hope that our rainy season, usually November, December and January, is only delayed, and that possibly it will extend out into March and we will be able to catch up a little bit.  Last night’s weather report indicates snow for the Sierra and some rain here in the flatlands beginning tonight, not a lot of rain, but some fairly good snow up in the mountains. Keep your fingers crossed. 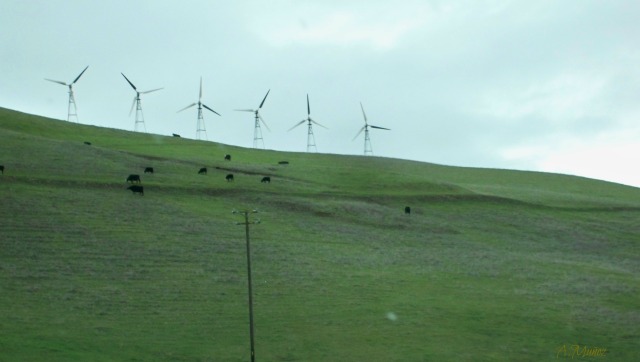 Thanks to Frizztext for the A-Z challenge to bring this information to you this week.

34 Responses to D is for…Drought