Nature, here in the area of Northern California where I live, changes from season to season. Spring brings us the beautifully bucolic scene like that above. The photo was captured with my iPhone from the car, as we descended from the Altamont Pass into the East Bay of San Francisco’s most eastern side.

Spring greenery quickly changes with the warming sun and winds that blow through here; but, still, nature at its best in just another version

Yesterday, as we drove home from the East Bay, the freeway became a parking lot as firefighters battled a blaze along a hillside next to the road; most probably caused by a careless person tossing a cigarette out the window of their car.  Nature is such a delicate balance 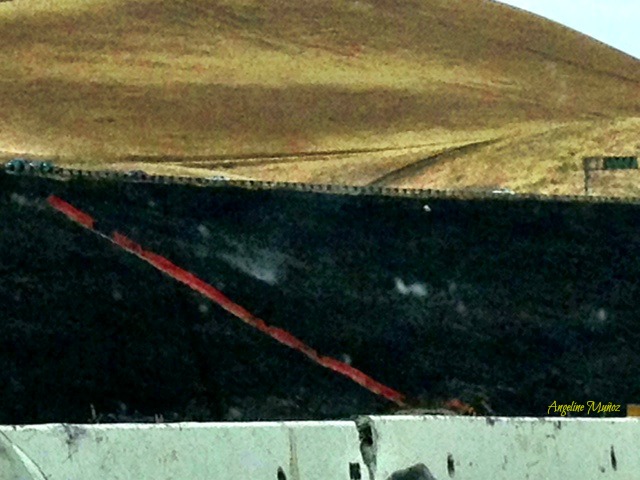 We are grateful for those who try to preserve and protect 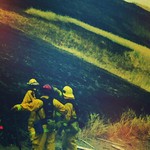 All photos taken with iPhone 4s

Love travel and photography. Living in Northern California. Photos of locations visited are personal file photos.
View all posts by Angeline M →
This entry was posted in A Little Bit of the Everyday and tagged Altamont Pass, fire crews, fires, fires in nature, iPhoneography, nature. Bookmark the permalink.